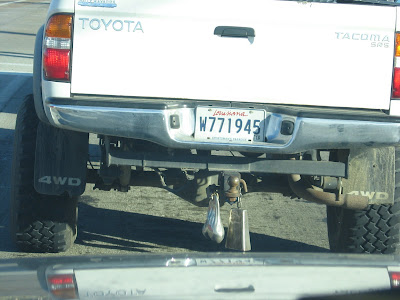 Driving into Houston on Friday we were blessed to get stuck behind the back of this truck. I had hoped that Daughter Dear wouldn't notice what was hanging from the bottom of the bumper but she did. She asked why would they hang a cow bell from the bumper and what is that silver balloon looking thing. Oh Crap... I looked at her and told her to take a picture that way she could ask her daddy when she saw him. Needless to say...she has forgot all about it. 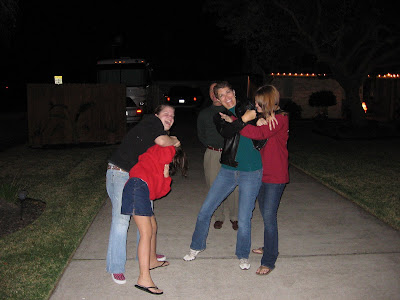 The neighborhood where my sister lives the Fire Department fixes up the fire truck and the Chief dresses up like Santa and they drive through the neighborhood passing out candy and gifts to the kids. So we were waiting at the end of the driveway and I turned on my camera and of course my so called normal family members turn into goobers at the drop of a hat. See what I mean. 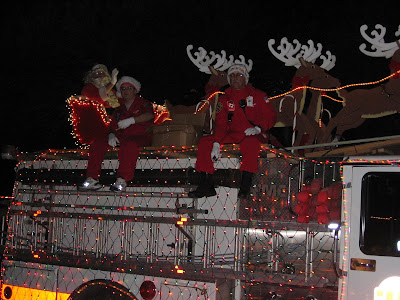 Here is a picture of the fire truck. Daughter Dear was given a stuff animal along with a bag of candy. She was so excited about all of the goodies she was given that she just stood there saying thank you over and over. It was really cute because she had never seen anything like before. 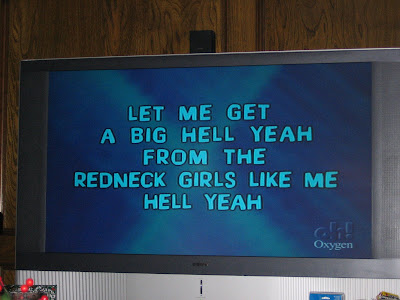 As you can see we did some singing. I picked this song and of course I was made fun of because no one likes listening to country music. Whatever........ 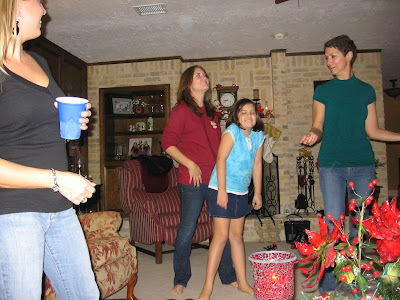 My girls acting silly. Actually DD was being a toot and didn't want her picture taken while she was dancing but my niece kept taking pictures anyway. She took the shot of the tv while I was singing my song. I threatened to harm her if she took one of me and I'm proud to say she listened for once. Smart girl.
Posted by H2o at Sunday, December 23, 2007