It's Monday and FUCK O-HOLE DAY 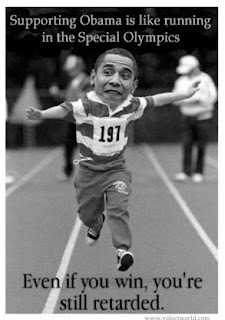 WASHINGTON (AP) — Cue the outrage. For months, the Obama administration and members of Congress have known that insurance giant AIG was getting ready to pay huge bonuses while living off government bailouts. It wasn't until the money was flowing and news was trickling out to the public that official Washington rose up in anger and vowed to yank the money back.

Why the sudden furor, just weeks after Barack Obama's team paid out $30 billion in additional aid to the company? So far, the administration has been unable to match its actions to Obama's tough rhetoric on executive compensation. And Congress has been unable or unwilling to restrict bonuses for bailout recipients, despite some lawmakers' repeated efforts to do so.

The situation has the White House and Treasury Secretary Timothy Geithner on the defensive. The administration was caught off guard Tuesday trying to explain why Geithner had waited until last Wednesday to call AIG chief executive Edward M. Liddy and demand that the bonus payments be restructured.

Neither Obama nor Geithner learned of the impending bonus payments until last week, senior administration officials told The Associated Press late Tuesday, speaking on condition of anonymity about internal discussions.

Publicly, the White House expressed confidence in Geithner — but still made it clear he was the one responsible for how the matter was handled.

"I do know that Secretary Geithner last week engaged with the CEO of AIG to communicate what we thought were outrageous and unacceptable bonuses," White House spokesman Robert Gibbs said. Gibbs declined to provide a timeline that would show when members of the administration — including the president and others at the White House — became aware of the bonuses.

In an interview with The Associated Press, Obama's chief economic adviser Lawrence Summers said: "In the context of what we're doing, Secretary Geithner was notified, he has said, last week. As he reported to the rest of us, he moved aggressively and immediately, aggressively and immediately, to recoup whatever could be legally recouped. He recognized that you can't just abrogate contracts willy-nilly, but he moved to do what could be done."

The bonus problem wasn't new, as many lawmakers and administration officials knew only too well. AIG's plans to pay hundreds of millions of dollars were publicized last fall, when Congress started asking questions about expensive junkets the company had sponsored. A November SEC filing by the company details more than $469 million in "retention payments" to keep prized employees.

Back then, Rep. Elijah E. Cummings, D-Md., began pumping Liddy for information on the bonuses and pressing him to scale them back. "There was outrage brewing already," Cummings said. "I'm saying (to Liddy), 'Be a good citizen. ... Do something about this.' "

Around the same time, outside lawyers hired by the Federal Reserve started reviewing the bonuses as part of a broader look at retention and compensation plans, according to government officials who spoke on condition of anonymity. The outside attorneys examined the possibility of making changes to the company plans — scaling them back, delaying them or rescinding them. They ultimately concluded that even if AIG's bonuses were withheld, the company would probably be sued successfully by its employees and be forced to pay them, the officials said.

In January, Reps. Joseph E. Crowley of New York and Paul E. Kanjorski of Pennsylvania wrote to the Federal Reserve and the Treasury Department pressing the administration to scrutinize AIG's bonus plans and take steps against excessive payments.

"I at that point realized that we were going to have a backlash with regard to these bonuses," Kanjorski said in an AP interview. In a meeting with Liddy later that month, he said he told the AIG chief that "all hell would break loose if we didn't find a way to inform the public ... and that we should take every step to put that information out there so we wouldn't have the shock."

Around the same time, Congress and Obama's team were passing up an opportunity to put in place strict laws to revoke bonuses from recipients of the $700 billion Wall Street bailout. In February, the Senate voted to add such a proposal to the economic recovery bill that cleared Congress, but in final closed-door talks on the measure, that provision was dropped in favor of limits that affect only future payments.

"There was a lot of lobbying against it and it died," said Sen. Ron Wyden, D-Ore., who proposed the measure with Republican Sen. Olympia J. Snowe of Maine. He said Obama's team is sending mixed messages on what will and won't be tolerated on bonuses, with the president coming out strongly against excessive Wall Street rewards but top officials not following through.

"The president goes out and says this is not acceptable, and then some backroom deal gets cut to let these things get paid out anyway," Wyden said. "They need to put this to bed once and for all."

Last Wednesday, an apparently tense conversation between Geithner and Liddy brought the matter to a head. Geithner had learned of the bonus payments the previous day, said a Treasury Department official familiar with the government's dealings with AIG.

Liddy, in a letter to Geithner on Saturday, referred to their "open and frank conversation" over the retention payments on March 11. "I admit that the conversation was a difficult one for me," Liddy wrote.

On Thursday, as Treasury lawyers scrambled to find a way to cancel the payments, Geithner informed the White House of the situation, and senior aides there relayed it to Obama, the administration officials said.

Meanwhile, the administration moved to get ahead of what was certain to be an embarrassing story.

Unprompted, officials leaked news of the bonuses to select reporters late Saturday afternoon, highlighting what Geithner had done to try to restrain the payments. The story quickly became fodder for the Sunday news talk shows.

Then on Monday, the president himself came out strongly on the issue, calling the payments "an outrage" and publicly directing his team to look for ways to cancel the payments.

Questioned repeatedly to explain this in light of the fact that the administration had already scoured its options and come up empty — and that the bonuses had already gone out the door to their recipients — Gibbs said that the president wanted his aides to make sure "to exhaust all legal remedies."

That's done little to quell the expressions of outrage that were blasting about by Tuesday.

"It's shocking," said Sen. Mitch McConnell, R-Ky., the minority leader, that "the administration would come to us now and act surprised."