How many Jager Bombs does it take to get a Boudreaux plastered? I stopped counting after he started drinking cups of this stuff. I had a shot myself and it was like drinking cough syrup. 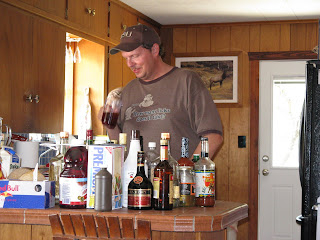 I was sitting by the pool with my camera watching to see if he would pass out and he did while he was eating some sausage. BWHAHAHAHA.... 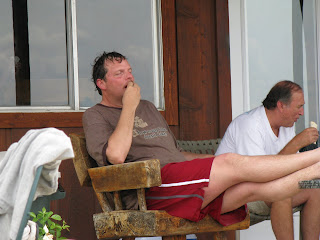 Someone started laughing and he woke up for a bit but it didn't last very long. 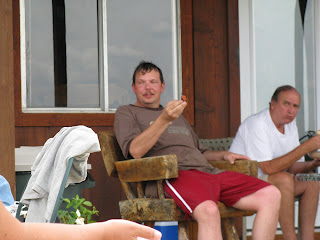 He ended up in bed for the rest of the afternoon. He came close to having his picture taken with a Obama hat over his package but he woke up before I could get the blanket off and hat in place. Now that would had made a great FBO post. Bootydreaux is now a Blowneye. I hope he had fun being on the dark side for the weekend. 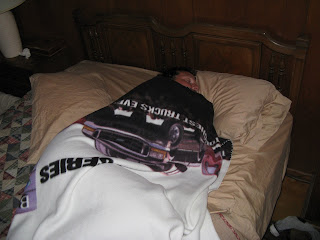